This 19-storey mixed-use building reinforces the intersection of King and Victoria in Downtown Kitchener as one of the Region of Waterloo’s most significant urban nodes. This aspect was praised, earning an award for urban design. Surrounded by an eclectic mix of re-purposed heritage buildings, modern university buildings and a proposed new regional transit hub, this design ties into the neighbouring context while still establishing its own unique character and iconic identity. The basic building organization consists of a 5-storey podium & 14-storey tower, including one level of underground parking and 5

more levels of structured parking contained behind the podium’s ground floor retail units and 2nd to 5th floor residential units. The vision driving the exterior facade design can be described as brick masses shifting around and stitching together the building’s podium and tower elements. The curvilinear face of the ground floor is meant to enhance the flow of pedestrian movement around this prominent downtown corner, while also providing safe places of repose and protection for public transit riders and retail patrons. 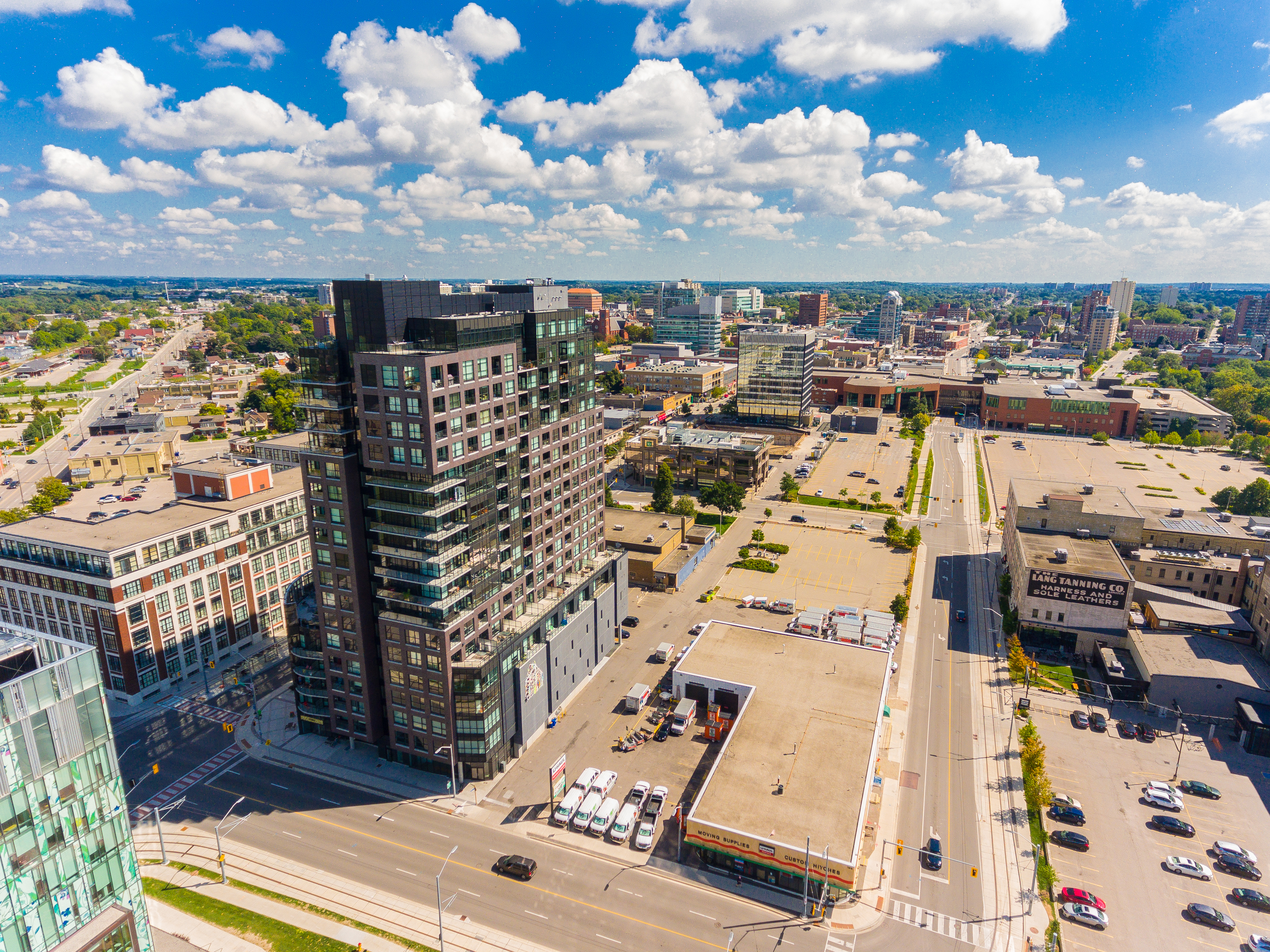 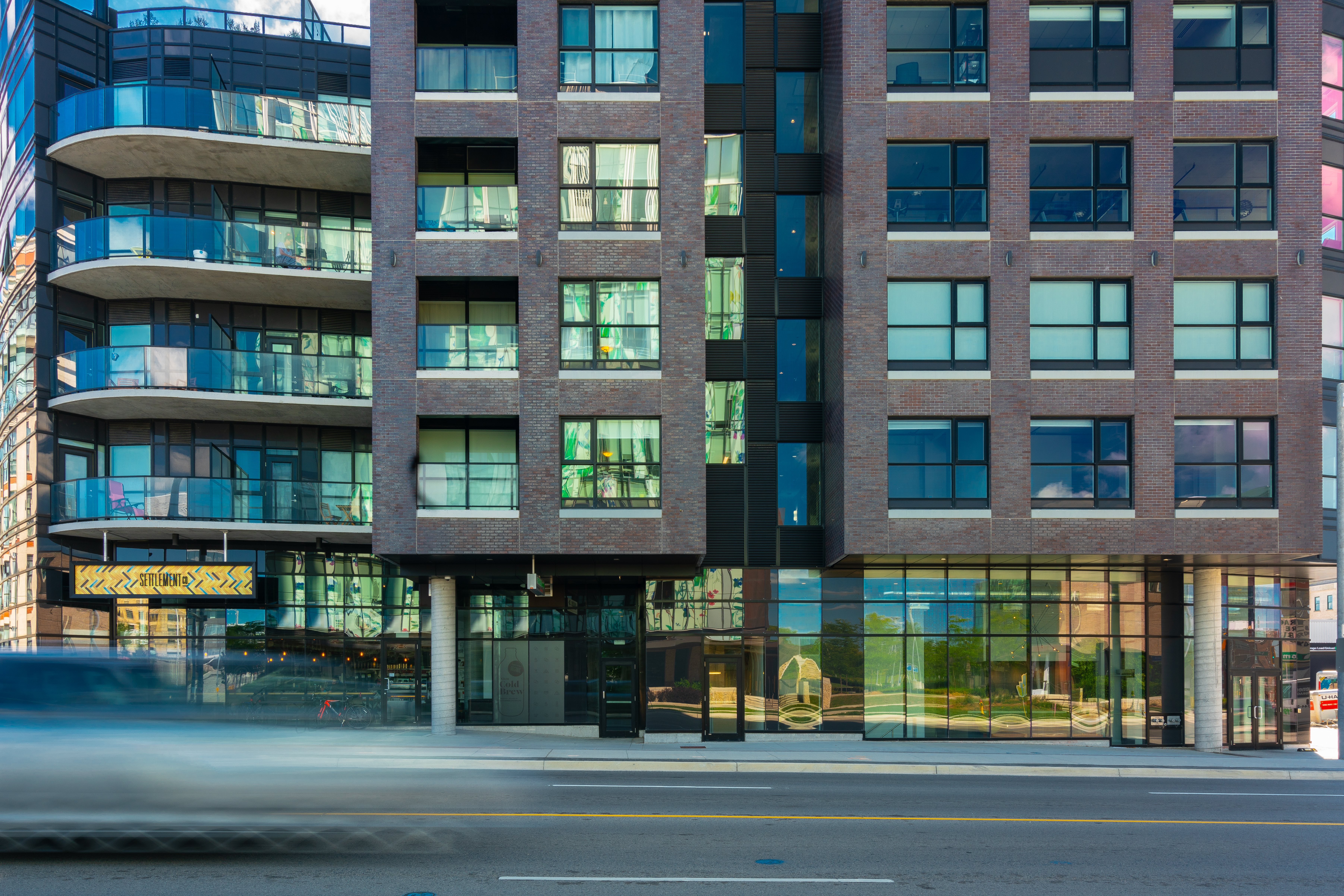 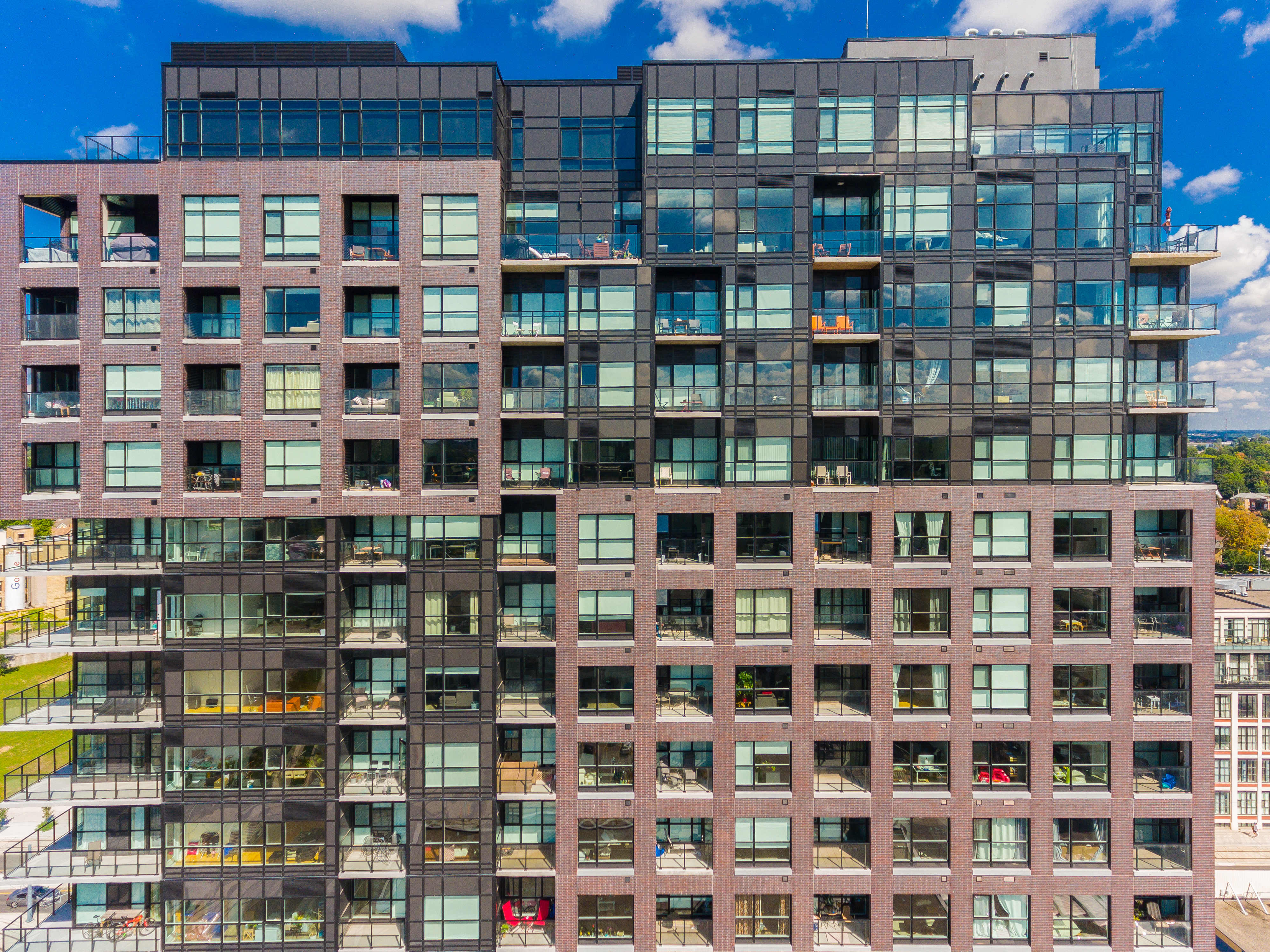 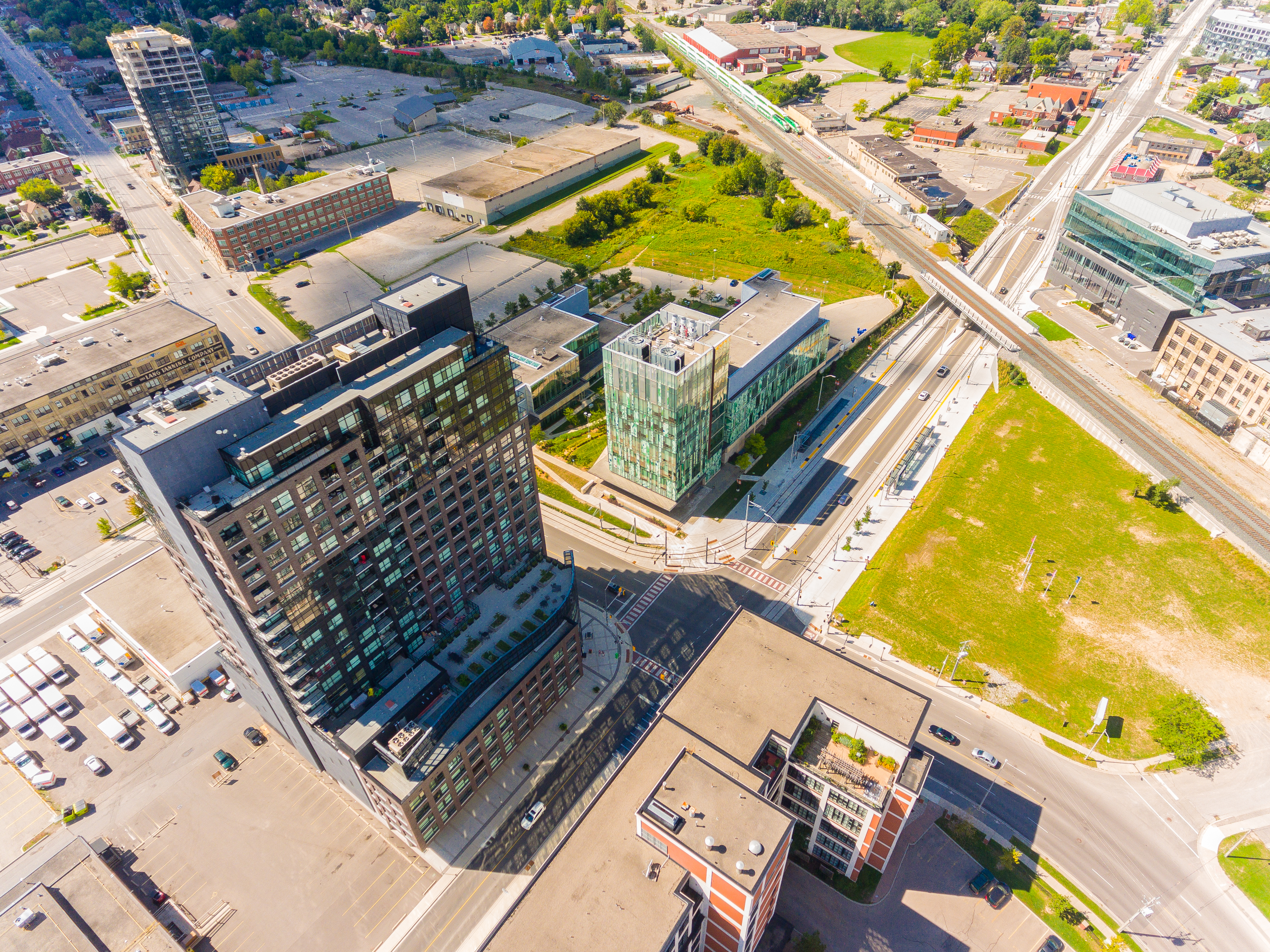 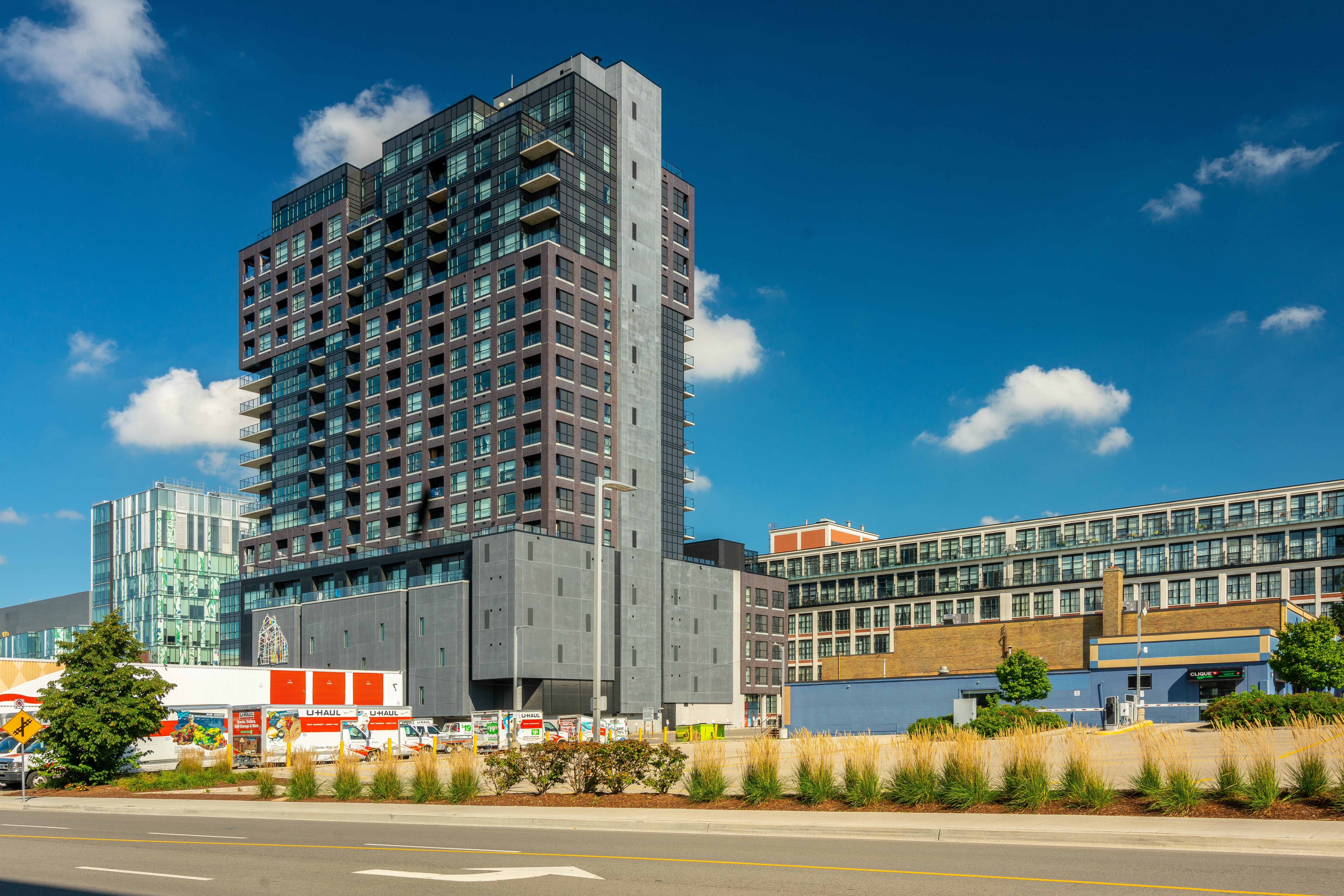 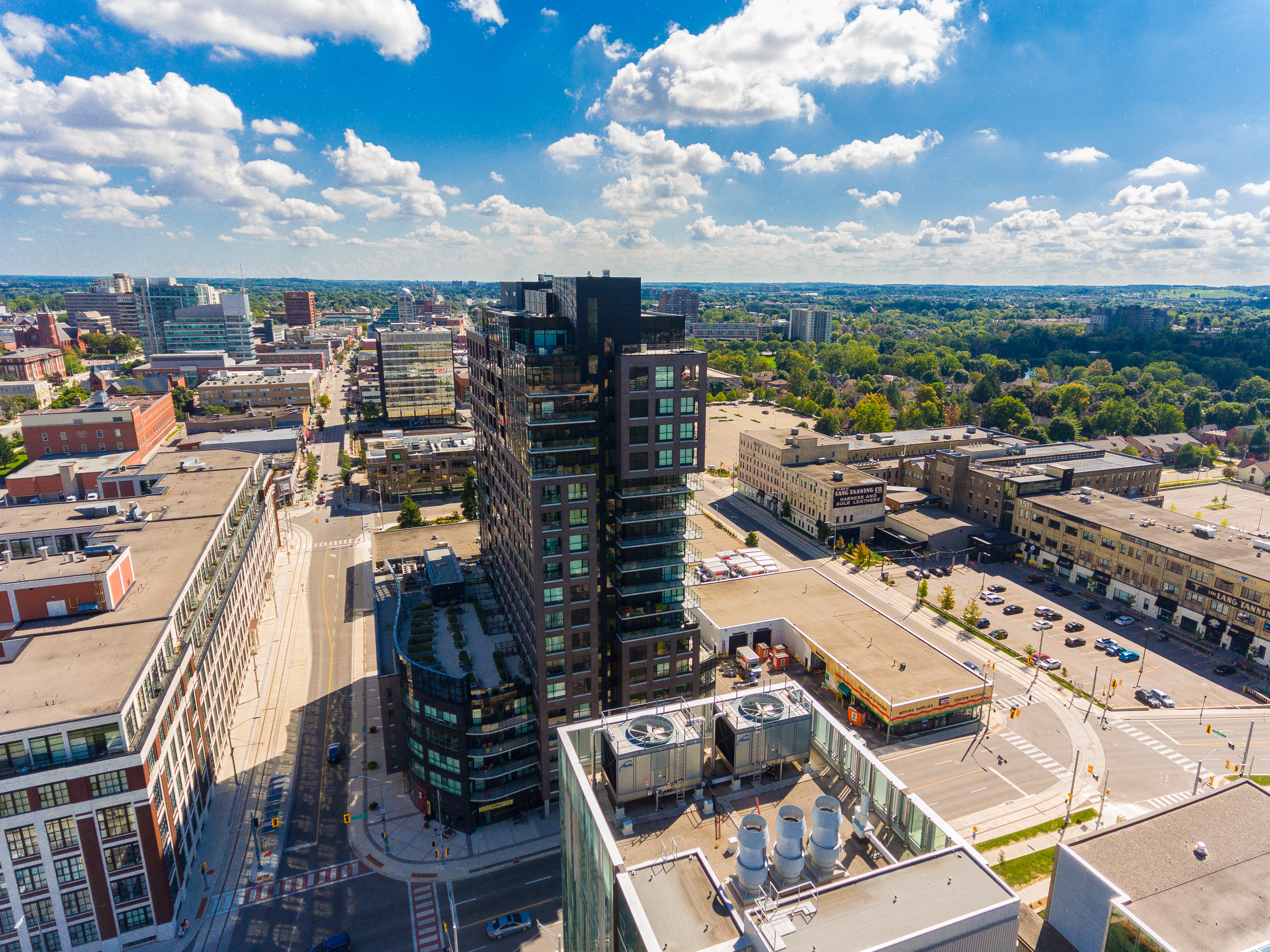 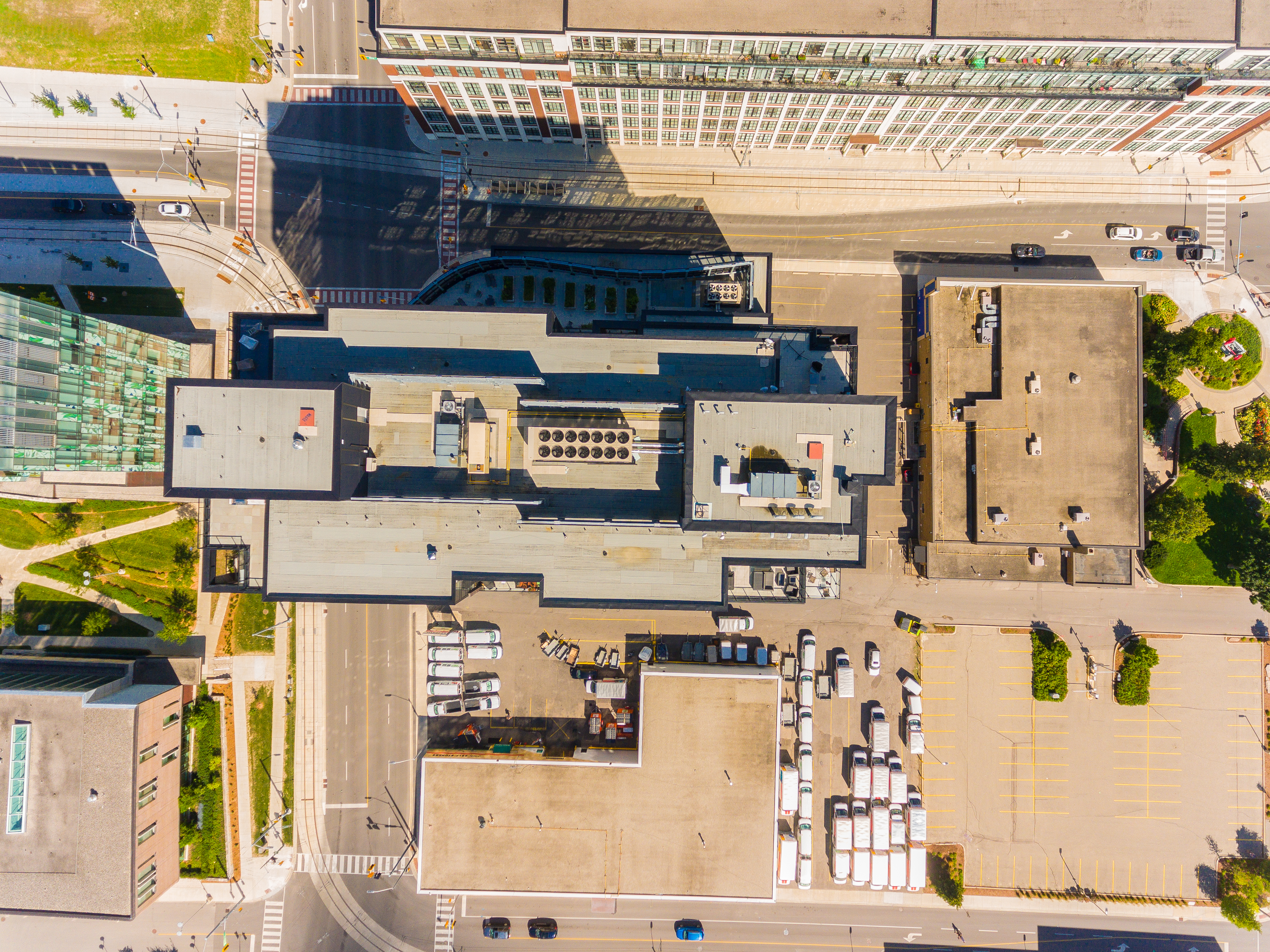